The sport has evolved from many different disciplines over the past 50 years into what we have today. It is difficult to pinpoint exactly how we ended up with the current structure. The following is a brief and certainly not exhaustive overview of the races which have contributed to the development of the sport.

First held in 1968, the Karrimor International Mountain Marathon is sometimes referred to as the origin of modern adventure racing. It required two-person teams to traverse mountainous terrain while carrying all the supplies to support themselves through the double-length marathon run.

The Alpine Ironman consisting of running, paddling and skiing was run in New Zealand in 1980. Following this, the famous solo & pairs Coast to Coast race was held, also in New Zealand and successfully continues to the present day.

The Alaska Mountain Wilderness Classic commenced in 1982 requiring individuals to race unsupported over a 150-mile course in 6 days.

The Raid Gauloises was launched in 1989 in New Zealand and continued to 2003. In this expedition style race, mixed gender teams covered a 400-mile+ course. Many would consider this the first modern adventure race.

The Southern Traverse began in 1991 and ran for 15 years in New Zealand.

In 1995, the first Eco-Challenge was held in the USA and continued around the world with great TV success until 2002 before taking a long break before its long-awaited return in 2019.

In 2002, the first major expedition length race to be held exclusively in the United States was launched. Primal Quest has been sporadically held since its inception from 2002 to 2017.

GODZone in New Zealand was first run in 2012 and has grown year on year to be the largest adventure race in the world at present.

Following the success of the ARWS, the European Adventure Racing Series (ARES) formed to develop and manage the sport in Europe. It generally coordinates approximately seven multi-day races (24hr – 96hr) races annually, culminating in a European Championship Final and in common with the World Series events, is for mixed gender teams of 4.

1989
Similar to the Karrimor Mountain Marathon, the Mourne Mountain Marathon was 1st run in 1979. Is is a self sufficient pairs event held over 2 days with an overnight camp held in mid September with 4 levels of challenge available.

Still running today, it is a favourite of adventure racers who wish to sharpen their navigation skills over testing terrain whilst learning the skills and potential pitfalls of travelling light in terms of kit & food.

1998
Rogaine Ireland has challenged teams of 2 to 5 max with a score orienteering event on foot held in Wicklow since 1998.

A different course designed each year by Setanta Orienteering Club and the main event is over 24 hours with elite competitors taking little  rest whilst others chose to take a bivy or tent and cooking equipment for a longer stops .

1993-2003
The National Adventure Marathon took place in 1993 and was the 1st adventure-type race (as we know it) in Ireland. Teams raced on a staged format over 72hrs from Lunch time Friday to Sunday afternoon. It continued for 10 consecutive years, followed by a break with 2 further staging’s in 2010 & 2011.

2000-2003
From 2000 – 2003, the Adrenaline Rush was a major success (off the back of Eco Challenge). It was run by Brian Elliott and was the first Expedition AR in Ireland. The first one was based in Banbridge, Northern Ireland which was Brian’s hometown. In 2001, it moved to Scotland due to Foot and Mouth, with Gary Tompsett planning a last-minute course based in Sterling. The following year, it returned to Ireland, based in Enniskillen and took in areas around Fermanagh and Donegal. In 2003, it went back to Scotland where is was based from Inverness. Sadly, after 2003 the event was no longer viable to run due to insurance costs.

2000-2014
The CLEC (Carlingford Lough Endurance Challenge) ran from 2000 to 2014 and was one of the longest running races in Ireland. This event was hosted by Carlingford Adventure Racing Club, who’s lead organiser Johnny Mc Cabe usually managed to take part himself.

It was an excellent 4->8 hour race that saw teams of 3 run, bike and kayak over the Cooley Mountains around Carlingford before enjoying the hospitality of the Carlingford Sailing Club that evening.

2001-2006
The Adventure Ireland Series was brought to us by Brain Elliott & Greg Clarke from 2001 to 2006. These races could be anything between 8-12 hours, with some lasting 2 days, but with an overnight camp. In 2004, the Irish One Day Adventure Racing Series was introduced for teams of 4. It was a popular and well proven format could be as challenging as you liked and required minimal equipment.

The Inter Services Challenge/Beast of Ballyhoura

2005-2007-2014
There is a natural synergy between adventure racing and military/firefighting/policing activities. The Inter Services Challenge started off as a stand-alone event in 2005 before becoming part of the Beast of Ballyhoura in 2007. It continued as a “competition within a competition” for mixed teams of 4 as part of the popular Beast of Ballyhoura until 2014.

2006-2018
The CCAR (Causeway Coast Adventure Racing) Series from 2006 – 2018 included shorter style events for 2 person teams. It achieved its aim of making the sport more accessible for people to try the pure version of AR without the time constraints. These 6-hour events generally took place over the winter period, keeping all level of athlete on their toes during the off season.

2008 and 2016
Ireland has hosted events in the Adventure Race World Series (ARWS) on two occasions. An Turas Mór was held in Kerry in 2008 and more recently the ITERA raced from Westport to Killarney in 2016.

2009-Present
Total Experience have run expedition style races for team of 2 and 4 in Wicklow since 2010. These races, known as TEAR, have varied in duration from 5 hours in Winter to 24 hours in stages in summer. They have been excellent gateway for new entrants to the sport and Total Experience continue to offer kayak training opportunities to Adventure Racers throughout the year form their base in Blessington , Co Wicklow.

2014-Present
DAR (Dingle Adventure Race) have run a 12 and 24-hour race for teams of two since 2014?? Normally scheduled towards the end of June with minimal darkness hours, this tends to be a ferociously fast race around the iconic mountains and coastlines of the Kerry peninsulas.

There is a growing appetite for expedition adventure racing in Ireland. This was apparent with the successful inaugural running of the Shamrock AR in Kilkenny in 2019.

2006-Present
Gaelforce West, which started in 20o6, was possibly a turning point for the sport in Ireland. Jamie Young of Killary Adv Centre and a local committee engaged Gary Tompsett & Jim Mee of Detail Events to organise the event and they brought in Greg Clarke to help design the first course. The shorter Gaelforce 6 race for solo participants was designed as a way of bringing more people into the longer Expedition Gaelforce 12 race for mixed teams of 4.

The original plan was primarily to grow the longer Gaelforrce 12 race, with the support of local tourist bodies, with a view to it hosting the World Championships in 2010 or 2011 – The was the format that had been successfully followed by the Wilderness Arc race in Scotland which started in 2005 and in 2007 was the World Championships with 49 team taking part including 3 Irish teams.

Lack of numbers entering meant the longer race was dropped in 2009 and the focus switched to building numbers in the shorter race with Gaelforce 6 now rebranded as Gaelforce West. At it’s height the event had over 3,000 entrants. After the success of the event a whole new breed of one day events for individual competitors started with Achill Roar in 2009 whihc was then followed by the West Wicklow Roar, Dingle, Wicklow and Killarney (A precursor to the successful Quest events) adventure races in 2010.

To date there has been up 30 events of this type held per year.

The National Adventure Race Series for one day solo races was started in 2010 with a single categories of event and 5 events in Series .

We promise not to clog up your inbox with continual emails. They will be short, informative and infrequent. 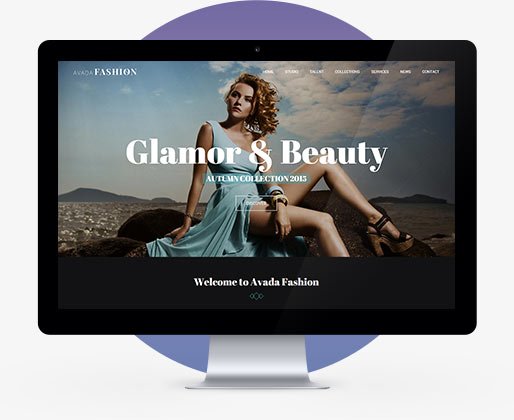